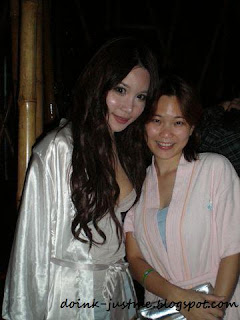 A picture with Dawn Yang

I woke up last week with an earthquake headache. It was bad. It had been 3 days lying helplessly in bed. The evil spell poisoned my body but thankfully my mind remained sane somehow. The thought of the blogger party gave me a breather, someway, I must pull enough strength to attend it. I didn’t take the half naked photo with packets of Chipster for nothing. If that wasn’t enough to kill the viral, the opportunity to meet Jeff Ooi was my inspiration. A blogger who is making a difference to Malaysia. I must admit, it will be a privilege to shake his hands.

The alarm rang and my eyes were blurry. The drug intoxicated my body. I was sweating and I glanced at my mobile. It read 6pm. I closed my eyes and the minute I opened my eyes, it was 7pm. Oh, no ! I’m late. Getting ready was a drift. I wore my “decent” pajamas and had a robe on. The nightmare days before was a sign. I need to cover myself so my health condition don’t get any worst. 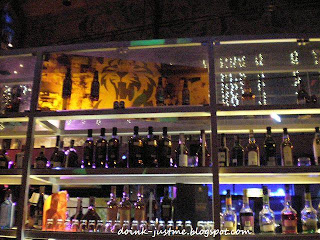 I was fashionably late. I dashed into a room of strangers. The whipping was loud. It was noisy. My head spun. The stage had two men who seem to be enjoying some sadistic act. They were smiling and women were seated on their back, rocking violently. I tried to squeeze through the crowd to have a closer look. My attempt was futile. The photos I took turned out quite disastrous. A slight disappointment took over me. I then found out that Jeff Ooi is not coming. The consolation of the day was the picture with the famous Singaporean blogger. One, I know by name but never did I read her blog. I felt pretentious, as if I adored her. Standing next to her, the pride I took was telling my friends I met Dawn Yang. The respond I received was utterly disgraceful, “You think her boobs, real ah?” I don’t blame the male gender, as I stood near her that night, I found myself staring at her revealing assets. Our eyes never met.

It was indeed an outrageous party. One, that I would have participated and enjoyed. Instead, I sat by the corner and occasionally put on a weak smile.

I shall look forward to next year, celebrating another mile with Nuffnang.