I Was Reminded to Laugh

I started my day rather gay, rather not myself after the outcry the day before. I came into the classroom and was greeted by five little angels. The chirpy, bouncy, care free spirit from the eight year old brought smiles to my gloomy face. The lesson for the day was on 3 dimension and 2 dimension shapes. “Is there 1 dimension shape” a naive voice spoke. “No, things cannot standalone with 1 dimension. You need 2 lines to make a shape, hence calling it 2 dimension.” With that, I drew a square on the white board and gestured on the lines. All heads nodded, they seem satisfied with my answer. The lesson progressed with drawing and without realizing it, I was having fun and I was smiling.

Night came and my last class for the day with my 10 year old started. I wasn’t in the mood to teach and the children pleaded for a quiz. I gave in and the subject matter was on “past tense”. Separated into 2 groups of five, I had an equal balance between the boys and girls. I gave 10 minutes to the students to prepare themselves, reading. In actual fact, I needed the 10 minutes to gather myself in facilitating the game.

While the others were reading, one of my students started fidgeting, he couldn’t sit still. It was too much of a chore for him so I sent him out to the reading area. He obeyed willingly as he realized he was a distraction to the class. 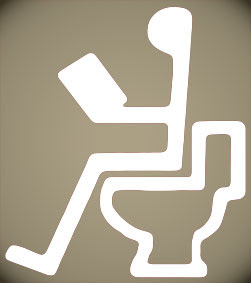 I was seated at my desk and later interrupted by a female student. She asked to be excused for nature call. After a brief moment, the tall little girl came back from the toilet.She was smiling sheepishly as she walked back into the classroom. She sat next to her classmate and whispered. An outburst of laughter came among the girls. The boys were curious and demanded the girl to share the joke. A brave girl stood up and said “She went into the toilet and pushed open the door. Johny was in the toilet doing his “big” business. He has forgotten to lock the door!” The whole class then laughed loudly. By that moment, I could no longer refrain myself any further. I joined and laughed so hard. I knew it wasn’t appropriate for me to encourage the humiliation so I tried to regain my composure. Then, Johny walked into the classroom and the outburst got worst. He was clearly embarrassed as his face turned red. Gaining back his confidence, Johny laughed along and showed me the piece of “past tense”paper.It was wet. Johny joyfully shared the story to everyone that he was shocked when the door opened, so frightened that he dropped the paper. He was studying while doing his “big” business. I praised him for his studious effort and asked “So, what did you learn?” “I must remember to lock toilet doors” I heard him say, a sign of genuine appreciation on toilet ethics. I nodded and grinned.

I didn’t teach that day. I was taught two valuable lessons.

1. Things do not appear in 1 dimension. I lost my desktop, the 2nd dimension of it was, I didn’t lose the memory and feelings attached with it. 3rd dimension, most importantly, I will find in my own time to kiss my desktop goodbye. Perhaps not, maybe I’ll just park it aside in the corner of my heart.

2. I was reminded to laugh.When the world laughs at you, and the only thing you can do is, join the joy ride.

I have gained more than what I’ve lost from the break in.