There is something about Valentine’s Day that intrigue me. Towards the corner of that day I often ponder upon one person. You must imagine its someone very special in my life, someone very dear to me. On the contrary, I do not know this person, never met him, never heard his voice but how his sweet gesture touched my heart, how his sincere actions lingered on with me even till this day.

This is my story – An emotional turmoil of an admirer. 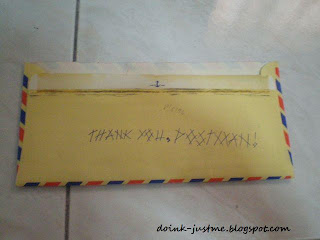 It was year 1996, I arrived home after school. Lunging my school bag at the front door, I peeked into the mailbox. A yellow long envelope protruded from the opening of the little red box. “Thank you Postman” it read on the back. How weird, I thought to myself for someone to show courtesy to a delivery man, as if the man in uniform will read anything else other than the address stated on the front of the envelope. I ripped the colored wrapping and out came a letter. Written neatly, it was four pages long. I looked at the under signed and there was a momentarily whim as I struggled hard to identify the name behind the scribbled words. The name does not ring a bell, not even a chord. 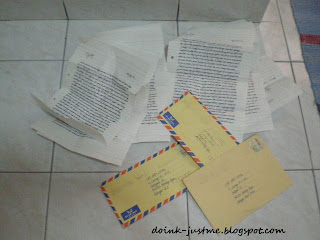 4 pages written with poise and elegance. This person knows my name and speaks as if we are friends. Truthfully, I was terrified to my guts. Horrid images of a stalker started emerging in my mind and I stepped out of the house with such caution the week I received the letter. I started screening the list of acquaintances and friends I have for a name that resembles the signature. The effort was futile.

The following week, another letter came. The second letter was 6 pages in count. There was something remarkable in his writings. As one may anticipate, the strings of words must be lines of unconditional love, a confession of his deep emotions for me. Hauntingly vivid, it was nothing near to that extend, instead the phrases were merely his routines in school and at home. It was an autobiography of himself and how having me as a friend gave him encouragement and motivation to wake up every morning. It almost sounded as if my existence empowered him. I had such great impact in his life then, and I don’t even know his name ! This in effect, has caused a heavy silence in my heart as each passing Valentine’s Day, I pondered who this person may be.

The letter came every other week and occasionally I received cards. He took such elaborate care drawing the art, “Beauty of Joy”, writing poetry in salutation to our friendship. It wasn’t scary receiving those letters, as subconsciously, I realized it was a precious moment when I ripped apart the envelope to see the sweet surprise he had for me. Daunting it may sound, I was clearly very flattered with the undying attention. One may even argue, I may have fallen in love with nothing more than words. 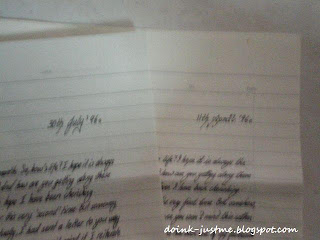 The last letter arrived in July 1996 and by that time, I reckon he has grown such comfort sharing his thoughts with me, the details miraculously amounted to 10 pages long! I moved home the following month and I never heard of him since. A stranger who shared 4 months of his life with me and I can only imagine how we would have possibly met. 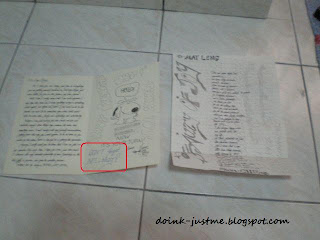 This Valentine’s Day has come and the inner voice in me would like to dedicate this post, my sincere appreciation to this stranger. I will remember you.

If you have unspoken words, passion for someone you care much enough, let that voice be heard and known. For when the moment passes, you will never have the chance to say what your heart yearns.

I am thankful for …