The Beginning of Something Extraordinary 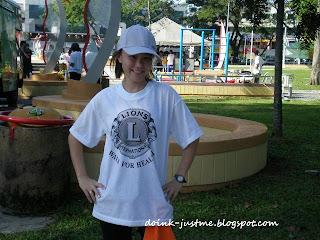 Fishing a total of Rm150 for the “Walk for Health“, I handed it to the Lion. “Great work” he uttered as he pats me on my shoulder. “So, how are you feeling this morning, young lady,” he added. I hit him with a big smack on the back.”Quit pretending to be wise, just because you are a Lion now ! ” I retaliated the friendly gesture to my peer. 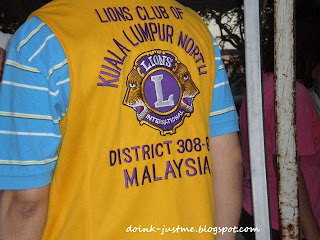 Indeed however, he looked different wearing the Lion’s vest. His dark brown eyes twinkled and his gleaming straight white teeth were displayed in a generous smile. Though his thick black hair wasn’t exactly the latest style, but every strand immaculately was in place. 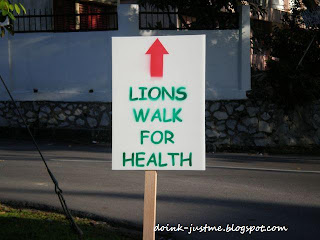 While stretching my arms for a good warm up at the early hours in the morning, the corner of my eyes caught sight of a green van. Yes, it is the one and only Milo van, only found in Malaysia, one you see during a school’s sport’s day. I was drawn to it like bees to a pot of honey. To my disappointment, the Milo man wasn’t ready to serve yet. “Later, after the walk” he humbly stroked my eagerness. 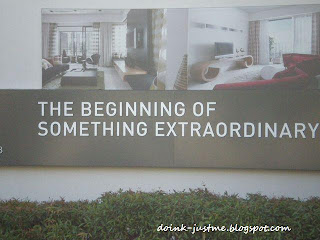 The walk was like a breeze, strolling around the friendly neighborhood. The air in the morning was scented with morning dews and blooming flowers from each passing house. 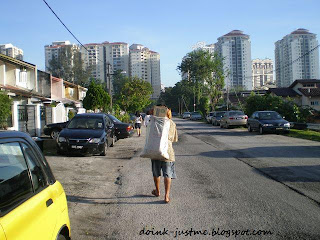 Not too far after the banner, I crossed path with a wise man too much for himself, if I might judge him. Guilty as I feel, this person strike to me as one who has delved a fair bit into politics and the corporate world far more than he can handled. Why ? 10 minutes walk behind him revealed that the world has been unkind to him. As he grumbled to himself on the illness of the politics at its current state, I was taken aback with his depth of knowledge. Disguised under the crumpled, soiled pants and filthy white sheets, he appeared like a beggar. Strikingly, this man was collecting used papers and carton boxes, he is surely an environmentalist. He reminded me of the time I made my friends picked shit from a hole. Will I one day be like him ? The “Walk For Health” suddenly became scary to me.

I quicken my pace and walked passed him. As we hit shoulders to shoulders, I took a glimpse at him and realized he is probably in his mid 30s. Frighteningly, I was afraid he would start a conversation with me since we made eye contact. That moment in time, I wished my curiosity could have buried itself. To my surprise, the man was too much involved talking to himself, he just shrugged off my stare.

The beginning of something extraordinary. What do you think it meant with my acquaintance with this wise man ?

Random Act of Kindness – The Fruit