Are there really lucky people out there?

I am curious. I am very curious. Is there really lucky people out there? I mean, lucky people who actually win stuff from contests. My “Am I lucky?” post stirred some relatively negative remarks on such contests. Sadly, I understand the cliches but how do these contestants actually win deals ? Are they the lucky ones ? Perhaps their persistence just paid off?

I’m sure most would agree that snail mail contests requires effort. Getting a stamp, an envelope and posting are effort. I always think that people who wins from such contest are deserving. 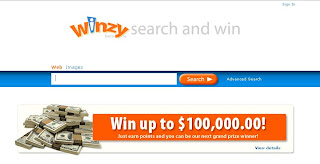 Recently, one of my student was casually chatting about winning stuff from an online game website with his friend in class. I overheard the conversation. I wasn’t ears dropping, I couldn’t close my ears. Winzy is the website name.

I remember during my younger days, where I was hooked onto online games. The addiction was so intense I could forget my meals and even forget the hour of the day. I have no idea how I finally managed to get rid of that bad habit. I didn’t go into any online rehabilitation centre for sure. The internet world has evolved since I left the gaming world. Now, it is a reward to play online, so the student of mine claims. Collecting points on online games to win prizes. Being a concerned tutor, I checked out the Winzy. Ok, I admit, I’m just nosy. 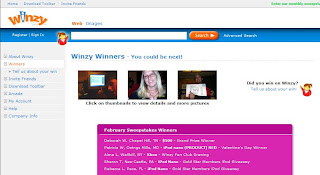 Indeed you can actually win stuffs from this site. The reward ? Cash, iPod, Nintendo to name a few. I dug further. There’s even pictures of winners ! Then, it happened. I did the unthinkable, I played one of the free online game – Deal or No Deal. Was it fun ? Was I hooked ? No and no. If you have nothing to better to do, perhaps playing the game might add some excitement into your life.

Ironically, this online game may seem dull to some, I found the core essence of this website was its marketing strategy. Giving out prizes to use its search engine. Now, that’s something more useful. The catch ? Only valid for Americans and Canadians. I wonder if the student of mine knew that his points collected are of no use !

Save Cash, Save a Tree

Why I want to eat at Friday’s