Random Act of Kindness – The Fruit

With its hills and dales, green valleys, murmuring rivers and silence only to be broken by the chirping birds and the buzzing of bees, I could almost smell the woods as I drive my way up to Kuala Kubu Baru. The anticipation builds up as I arrive at the campsite, attending the last Introduction Weekend of the year 2007, for Raleigh International Kuala Lumpur (RIKL)

That weekend was particularly a special one. It was not the task I was looking forward to or the hike up Kutu Hill. Eagerness was flashing all over my face, the thought of my fruit tree. A seed planted last year August, the outcome of a shit hole. The car was parked and I took small steps down the steep path, reaching the campsite. For some strange reasons, I felt a gutter slowly approaching me. Skepticism was polluting my thoughts. The random act of kindness, will it be paid or mocked at ? 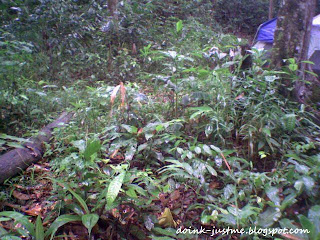 As I walked closer to the familiar ground, quite suddenly I felt convinced of the existence of God. Greens have grown and flourished. The pit is no longer visible, instead mother earth took over . The joy I felt was beyond words. I found myself smiling silly, standing in front of the once upon a shit hole. Pride and glory raced with each other. 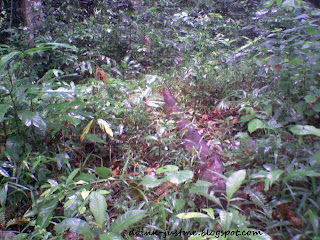 Snapping the evidence, I attempted to send a MMS to the knights who courageously answered my plea to pick up shit. The act was in vain. Reception was weak. I busted my own happiness, a pinch of gayness sat in. All the happy news and not a single soul at that point of time to share it with. 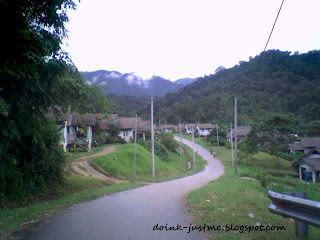 I hunger to share the news, so I sought out for a mind like person. I took the path leading to Kutu hill, in search for the campers. The journey seem far but my little toes plunged away. When I arrived at the first check point, I saw the crowd lying down, enjoying the fresh air and the sun. I didn’t want to interrupt the quiet moments so I too joined the nap. The hour passed on and soon when I woke up, I have forgotten the task I had. A blissful instant lost in its own time and space, only to be found in my heart. 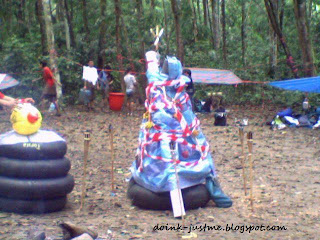 The next morning, the staff celebrated Christmas in a very special way. I must say, the sky is the limit, a humble judgment on RIKL’s staff’s creativity. A yellow snowman head and rubber tires, I don’t think Frosty the snowman has much complain considering its the season to be jolly. An illusionary Christmas star may seem to appear on the tree, if you look close enough. And when you really do, you might even see the angels nodding their heads in approval at us, mortals walking around with our little deeds of random kindness.

A Glipse to the Dark Side Part 2 of 3