Why I want to eat at Friday’s 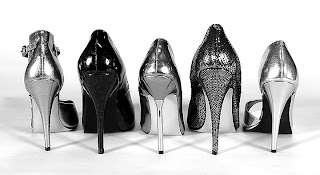 I was only 9 years old. For a 9 year old, a birthday celebration means everything to a growing girl. Father took us out in our old four wheels. My 2 elder brothers and I sat behind the back seat while mother took the front seat. Mom was dressed in her pretty blue dress. She looked so beautiful, all dolled up for the occasion. Daddy must be bringing us to some place special, as mom wore her favorite high heels. I wish I could dressed like her when I grow up. I couldn’t wait to own such exquisite things.

We arrived at Section 14, Jaya Supermarket, I heard my 18 year old brother said excitedly. He seemed to know the place very well as he instructed father where to park our car. We got off our vehicle and walked for a short distance. Soon, we arrived at an ordinary looking restaurant. The door flung opened and we walked in grandly. A nice, gentle looking lady dressed in a red smart outfit approached and greeted us warmly. Her smile sparkled with her tingling eyes. She was wearing a pair of black high heels and a red suit. I wish I could dressed like her when I grow up. 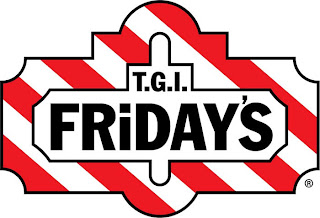 We were seated at a long table. As we sat down, father whispered to the red outfit lady. She glances at me and nodded with a smile. I wondered what father said to her. Not too long after that, my 21 year old manly voiced brother spoke, “Dad, we should have the steak. Friday’s have the best steak in town.” How can “a day” have food? I wanted to ask but was interrupted by my elder brother, “I want the margarita!” I was clearly annoyed. Why don’t I get a say? It’s MY birthday. I started fidgeting about, I started pulling my brother’s shirt, he who seemed occupied with the menu. As usual, everyone made their order, I was the last to voice out what I wanted. I opened the menu and my eyes met with the colorful visuals. I was mesmerized with the broad selections available. So many choices, I have to make an order, soon and quick, as all eyes were on me. I could feel my hands trembling under the table and my pulse racing. Hastily, I pointed at an appetizer, “Three for All” and I announced proudly, “I want the Three For All. I have 2 brothers.” Apparently, I must have made a joke, the statement followed with a burst of laughter at the table.

While waiting for our meal, my brothers walked around the restaurant. They were “checking out” the place. I trailed along behind their steps. Behind their back, I saw their hands gestured, waving at me. I waved back but received no response from both of them. Nevertheless, I followed them, skipping along. On the wall, I saw some hanging odd figurines. A telephone and a musical instrument of some sort. 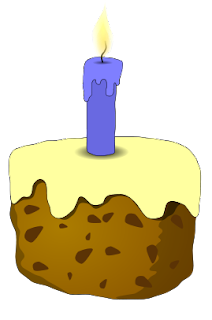 Time went by fast. We were then seated back at the table. Our meal arrived. I chewed on the chicken wings. It was spicy but I liked it very much. By the 4th piece, I was full so I gave the plate away to my brothers, as I always do. I then stole a sip of my brother’s “Margarita”. My actions were caught by my mother’s sight but daddy said it was OK. It was just a sip and it is my birthday after all. I laughed cheekily. Suddenly, at the corner of my eye, I saw all the red outfit ladies and men walked to our table. One of them was holding a plate of chocolate cake with a candle on it. The plate was placed in front of me and the group started singing, clapping and dancing! That moment, I sprung out of the seat and joined them. I made a wish and blew the candle off. Merely just a birthday song, what was ordinary became very special to me.

Few months passed, both my brother flew off to study abroad. My brothers seemed to have grown up very fast. From studying abroad, it became home for them. I could no longer trail behind their steps as my role was taken by their own children now. Each time I walk into Friday’s restaurant on my own high heels, I still see that 9 year old little girl in me walking the path my brothers once “checked out”. Why I want to eat at Friday’s…. It is not only the food that brought me back, it is not only the people dressed in red outfits, it is not only the free birthday cake, it is not only the “Margaritas”… It is where my sweetest childhood memory is …. with my family.

An ordinary dinner at Friday’s made a difference in my life.

Light Up My Life

Save Cash, Save a Tree

It Pays to Blog